NIEMANDSLAND is a space of immersion permeated by a driving composition of sounds and noises from daily life. The audience can move freely in this «Disco of Everyday Life». There are no audience seats, no stage and no performers. The only thing there is sound, space and audience – so, in a word, us. The creation comes to life with the presence of the attendees researching and experiencing together in a supposedly empty biotope. Questions of living together force themselves into the focus. NIEMANDSLAND plays with the ambivalence of banal lightness and normal seriousness, of looking at what is one's own and what is shared. It is a place for participatory surprise, reflection and inspiration. With NIEMANDSLAND de Perrot moves in an «in-between» of theatre, concert, installation and party.

A no-man’s land [Niemandsland] lies between two or more defined and allocated zones. Wastelands often develop there; nature thrives without man’s intervention. It is a habitat as it only rarely exists anymore. For his latest creation, Dimitri de Perrot investigates the qualities of no-man’s lands as spaces of freedom. 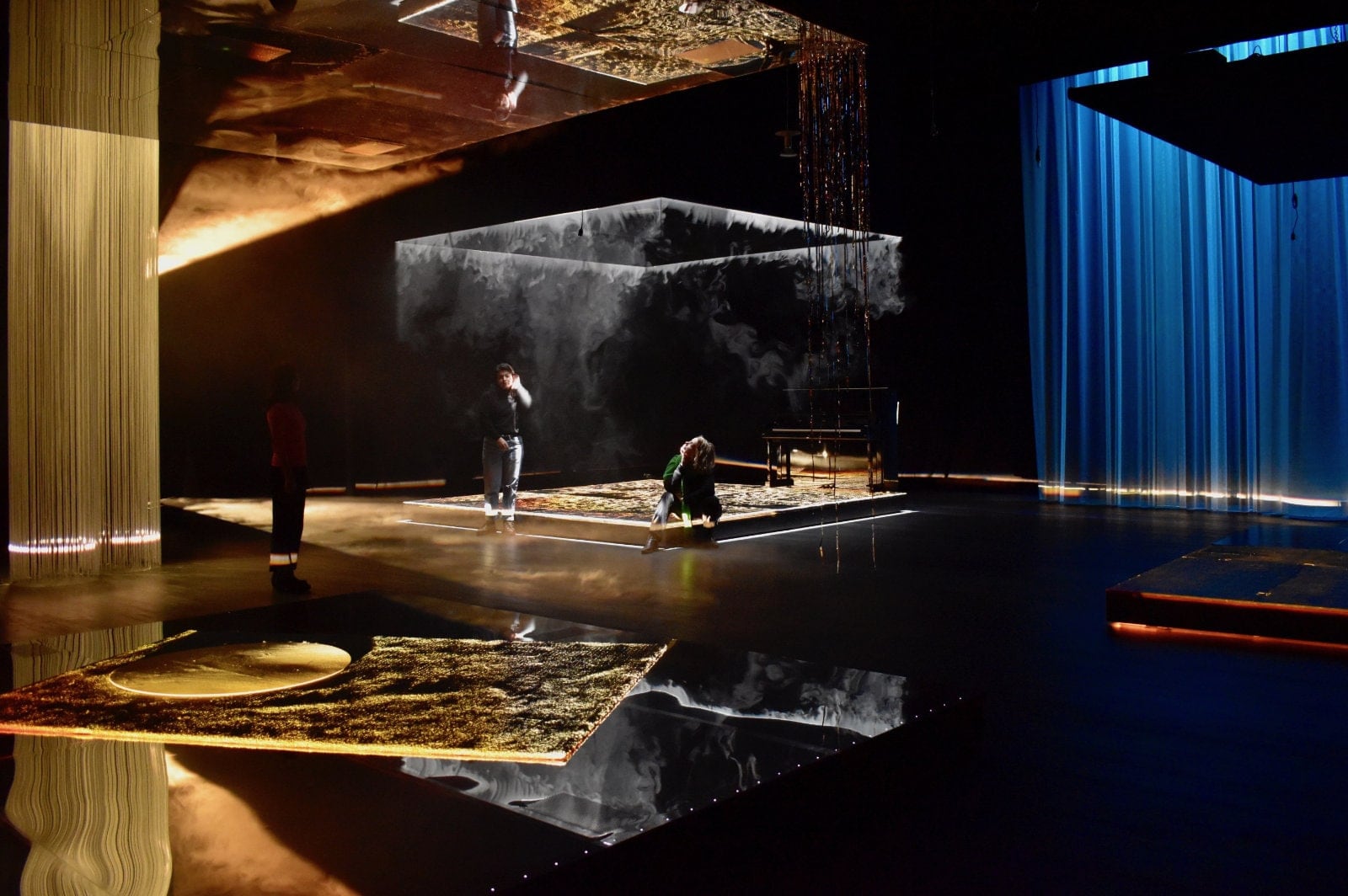 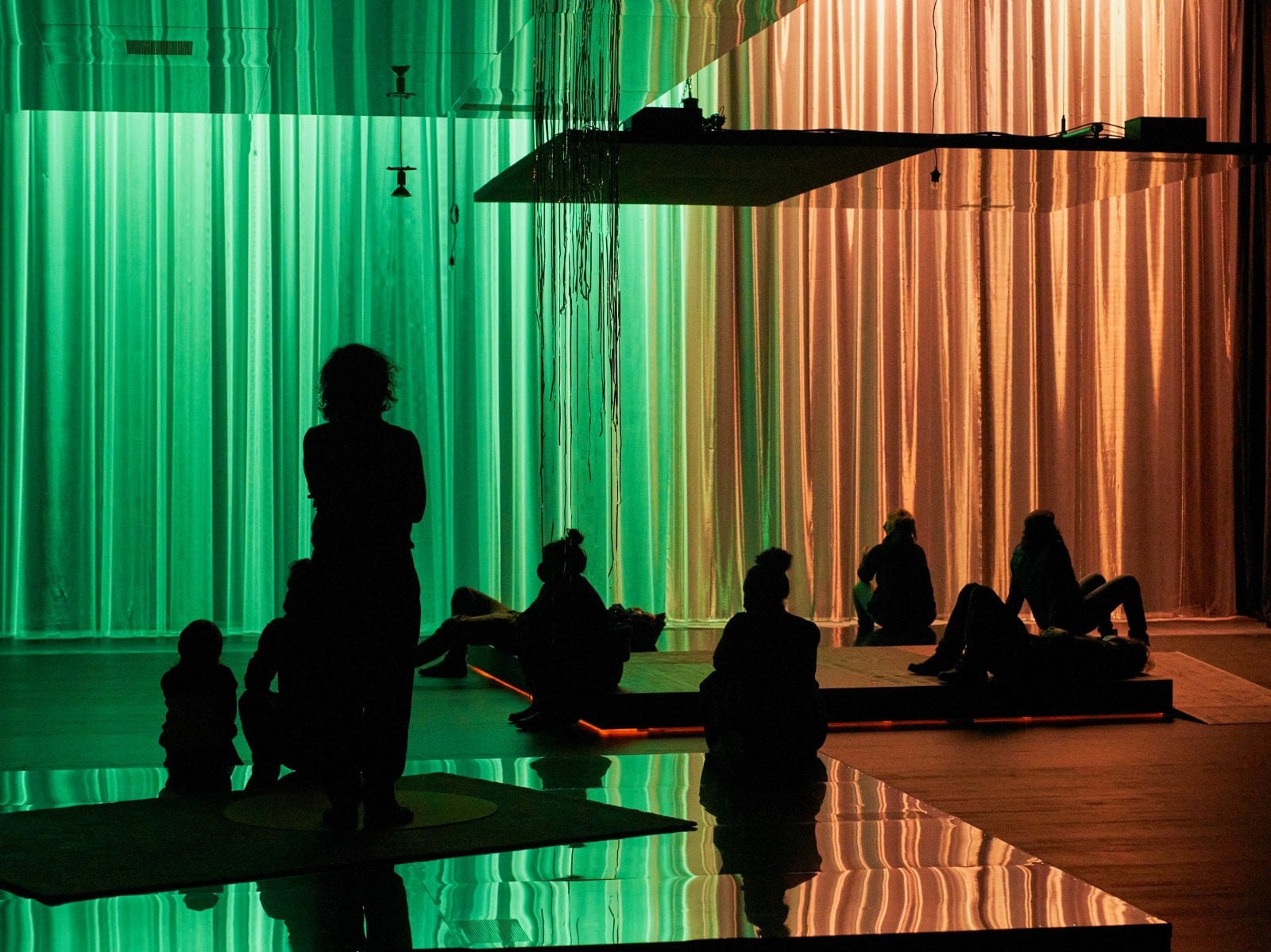 VOICES OF THE PRESS
« An amazing experience that must be lived (...) Dimitri de Perrot questions with great agility the boundaries between individuals. (...) He succeeds in the feat of creating a collective, even though he mobilises our most personal interpretations. » Louise Chevillard – La Terrasse PARIS
«NIEMANDSLAND invites you to a magical sound journey between worlds» Carsten Michels - Bündner Zeitung
«A magnificent theater of sound» Linus Walpen – NZZ am Sonntag
«A fascinating scenery» Ueli Bernays – Neue Zürcher Zeitung NZZ

AWARDS
Winner Design Prize Switzerland 2021
«(...)The concentration on oneself and one’s own inner life generated in NIEMANDSLAND with the simultaneous presence of other people encourages reflection on the relationship between the individual and the community (...) An exciting scenography that manages to achieve a powerful effect with quite modest means. With his transdisciplinary narrative installation, Dimitri der Perot makes the concept of space tangible in very different ways.» Comment of the jury


FORMAT
NIEMANDSLAND is a 60-minute loop that is repeating several times a day. It receives a maximum of 40 people per loop. A new audience can join the scene once per hour. While the new audience is entering the space, the present one is leaving through a separate exit. During this time window a musician/DJ is performing live for about 12 minutes. This live-set is usually performed by Dimitri de Perrot, but it can also be performed by local musicians and DJs specially invited.

To develop the NIEMANDSLAND project, Dimitri de Perrot is «Artist in Residence» at Le Centquatre – Paris and at the ICST (Institute for Computer Music and Sound Technology @ ZHdK) and received a «Research contribution» from the city of Zurich department of cultural affairs as well as a «Freiraum» research contribution from the Department of cultural affairs Canton Zurich. 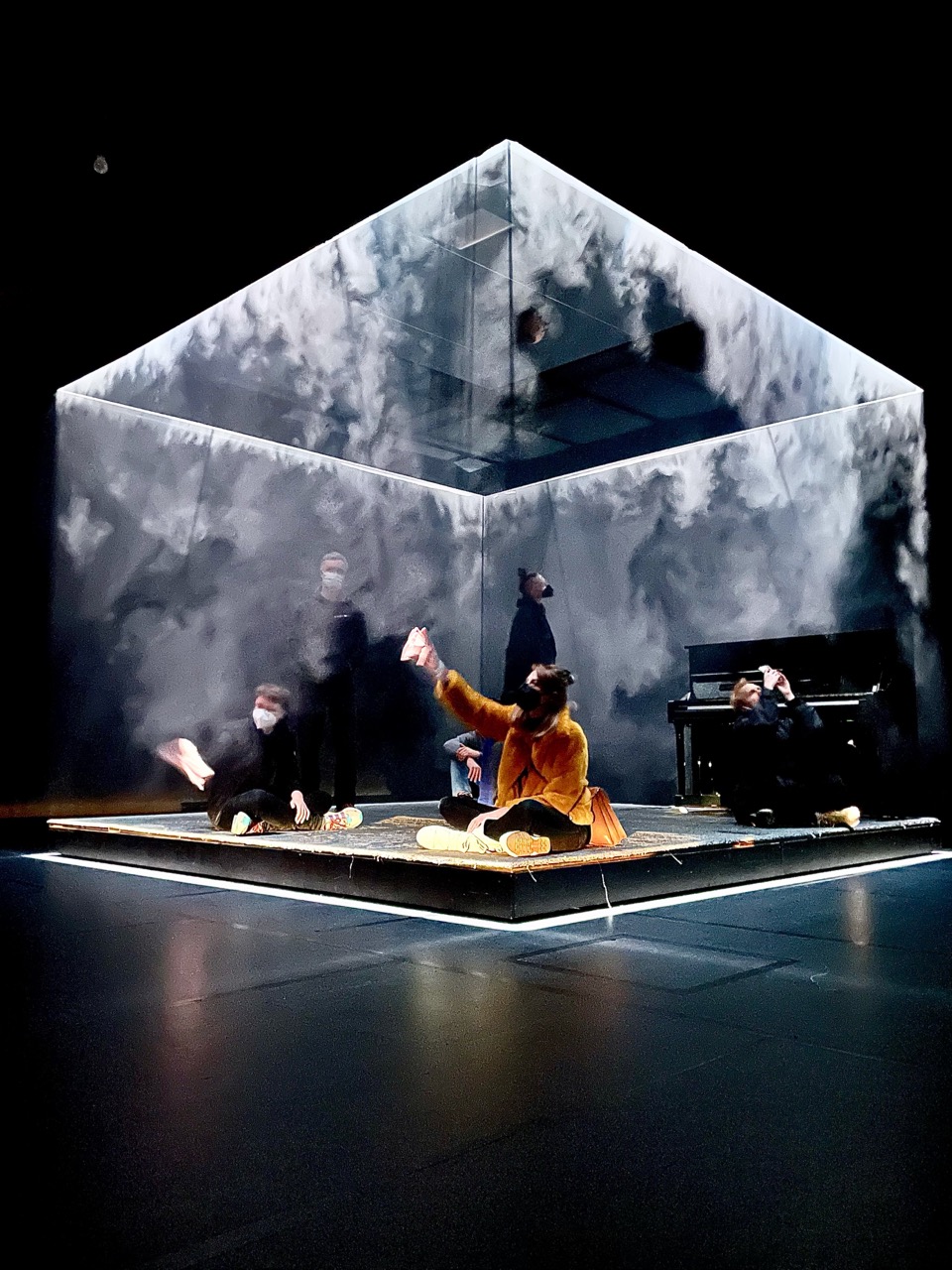 «A SPACE OF FREEDOM»

You were an established DJ in Zurich’s club scene when you were young. How did you find your way from there into the theater?
Several things came together here. My desire and love for music, for shaping and doing things.
I started collecting and playing records early on. The 1990s were a period of change: Zurich’s industries left many of their old properties. The spaces that then were freed up suddenly made many things possible. Lots started moving and an intense party scene formed. On the one hand, the techno scene – which really wasn’t mine – and then the art scene. And me, in the middle, relatively young, 15 years old and with a very personal understanding of music. Back then, as it is today, it was important to me that music created emotions, touched us as human beings and could unify us. Playing music was an important instrument for me. I preferred smaller spaces, for 100 to 200 people. Together, we could create dynamics that were unique. I already had the wish back then to be surprised by us, to experience parts of ourselves that we can share with others and to experience our own euphoria. And today, in my work I focus on the attempt to understand what encounters are. How do we meet each other? What is my gaze on myself and others? How do I mix with others and become a part of them? An involved DJ-ing has many parallels with the dramaturgy, suspense and rhythm of a play, I only really noticed that later when I was directing at the theatre.

Now you work primarily with noises from daily life. How can I picture your work process?
I love collecting sounds. For the Niemandsland (no-man’s land) project, I recorded an unbelievable amount of material. For two years I walked through cities, through the night, sought out calm moments, recorded many things with a large number of musicians and actors, went to their homes and recorded in many different spaces. Because every space has its own acoustics. The real sound of these spaces is what interests me. Originally, I wanted to travel and record much more, but Covid-19 stopped that plan in its tracks. This is why I continued recording in the studio, rummaging through the internet and collecting sounds from YouTube videos. There is no perfect sound quality for me. I love trash sounds as much as high-tech recordings – it all belongs to life somehow.

Do you tell stories with sounds?
Fundamentally, sounds cause individual associations. We all have an internal space, a resonance chamber that is individually influenced by origins, feelings and experience. So sound transports many different stories. This makes sound ambivalent. This ambivalence is important, because it demonstrates that the same thing can be something completely different for many people. This is essential for my work and in today’s era – what I consider real and important can be something completely different for someone else. Sound enables us to perceive our surroundings more deeply and sharpens our empathy.

In Niemandsland, you designed a space in which different sound sources are placed. They mix in a different way, depending on where the audience is in the space. What does this space represent?
The Niemandsland. The time and space in between. In this project, I once again dealt with my basic questions: What is an encounter, what is our togetherness and where does it take place? What do we need to be open, to listen, to discover the unknown and empower our curiosity?

The Niemandsland as a location for self-discovery?
Life is often made up of the moments in between – such as the time before a train trip. Unfortunately, we tend to want to shorten this time in between with distractions, activities, entertainment, with a smartphone… But actually, these moments in between offer the opportunity to discover and be confronted by the unexpected. I like to approach this marginality with patience. I see the Niemandsland as a wasteland, as a wish for the not-yet-ordered, unexplored, in a world that is very much oriented towards optimization and access, and in which many things try to useful in a business sense. I find it sad, perhaps even dangerous, because I believe that what is undefined in life is something that is extremely important: it is a space for freedom, where development and understanding can take place. We need this space more than ever.

Niemandsland is not just an experience of sound, but also a strong visual experience.
Niemandsland is a place where I want to sharpen the audience’s sense of the poetry in normality. It’s an invitation to experience what is utterly normal and to give a new kind of attention to and recognition for the beauty of daily life. Niemandsland is an invitation to create your own images. I consciously decided against an intense narrative so that the people in the space don’t need to follow something, but can rather just perceive, feel and think. My idea is to open up spaces that can be perceived in different ways and allow for different perspectives. If the audience can move freely, then everyone becomes a contributor with its presence in the space and creates their own personal, unique artwork using their own perception.

You were in Paris recording sounds on the evening before the first lockdown in March 2020; given this fact, they almost have historical value. Were these sounds integrated into Niemandsland?
Yes, these recordings were very important for Niemandsland. They were central material, because afterwards, it was simply impossible to go into cities and record. During the last weekend before the lockdown, you felt how things were starting to get tighter and everyone was feeling insecure. I was in Paris for another two or three nights, in bars, clubs, on the streets. And I recorded with my 3-D microphones: these masses of people, the vitality, the humanity in this trembling, vibrating city. When I listened to it in Zurich later, I thought: shit, that’s a total no-go now! This proximity, this density! And yes, it might become a historic relic, so to speak, because it’s almost no longer conceivable in this exuberance, imprudence and happiness.