«In my work, I implement sound as an equal theatrical means of narration and style together with movement, language or images. Telling stories with sound is unique and highly relevant: it opens up multifaceted thought spaces that we need today for a common tomorrow.

The eye focusses, it selects the essential, the rest is blocked out. In contrast, our sense of hearing goes in all directions nonstop, and it allows different things to coexist. Sound is immaterial and creates spaces in which we can experience and feel. Sounds appear only for a short period and their echos are often in the interior, since every sound creates individual associations. This makes sound valuable as a means of narration: the ambivalence or insight that one and the same thing can mean something completely dissimilar for different people.

Life is not always clear-cut; it often takes place in the spaces in between, where the path or orientation are not always self-evident. This ambiguity attracts me, because I see it as something very alive. In every relationship to people or things there are elements that we don’t know, that we don’t understand. There are secrets, gaps, contradictions and inexplicable things. But if you are willing to open yourself up to such vague states, you are willing to allow for this loss of control, then you might gain new insights and outlooks. A space for an encounter is created in which a third, new element can emerge or where a memory is placed in an expanded context to allow for new interpretations.

How do I find my place in a ripping current of information in daily life? How do I find an anchor point and position that allows for understanding non-understanding and knowing what we don’t know while including that in my decisions?

My work is an invitation to perceive situations of daily life from a different perspective. It opens an experiential space in which we can feel and sense things. What are encounters? What and where is our togetherness? What is the individual, and what is the collective? How can we develop a feeling for what we share in common from our own perspective, place our own view in a collective context, next to other realities and thoughts? Where and how is commonality created among all differences, privileges and disparities?
Listening brings people together and is built on empathy. Listening needs time. Given someone or something time means giving them space - space in one’s own perception, in one’s own space. It is the essence of an encounter, discovery and the potential for understanding and change.»

Dimitri de Perrot is an internationally active and awarded Swiss sound artist, musician, director, set-designer and, since 2014, lecturer at the ZHdK (Zurich University of the Arts).

At the core of Dimitri de Perrot’s work and productions is the narrative through and with sound at interfaces of theatre, music and fine arts. He creates scenic and sonic sculptures for theatre spaces and places of the public, using sound, space, light and visuals as equivalent structures. He places particular focus on the interplay between the artwork, the given environment and the audience. De Perrot worked for many years with actors, dancers, musicians and artists. He staged interdisciplinary theatre and music projects, composed for film and theatre and build up three international active cultural production offices.

De Perrot holds an Executive Master in Arts Administration (EMAA) from the University of Zurich. He was co-founder of the artist collective MZdP (Metzger/Zimmermann/de Perrot, 1998-2005) and the Swiss directing duo Zimmermann & de Perrot (2006-2017). They invented a unique and world wide acclaimed form of physical theater mixing music, visual arts, dance, clownerie and modern circus. From these collaborations emerged two internationally active production offices. With their productions he performed life on stage for almost two decades. In 2017 he founded his own production company, the Studio DdP. 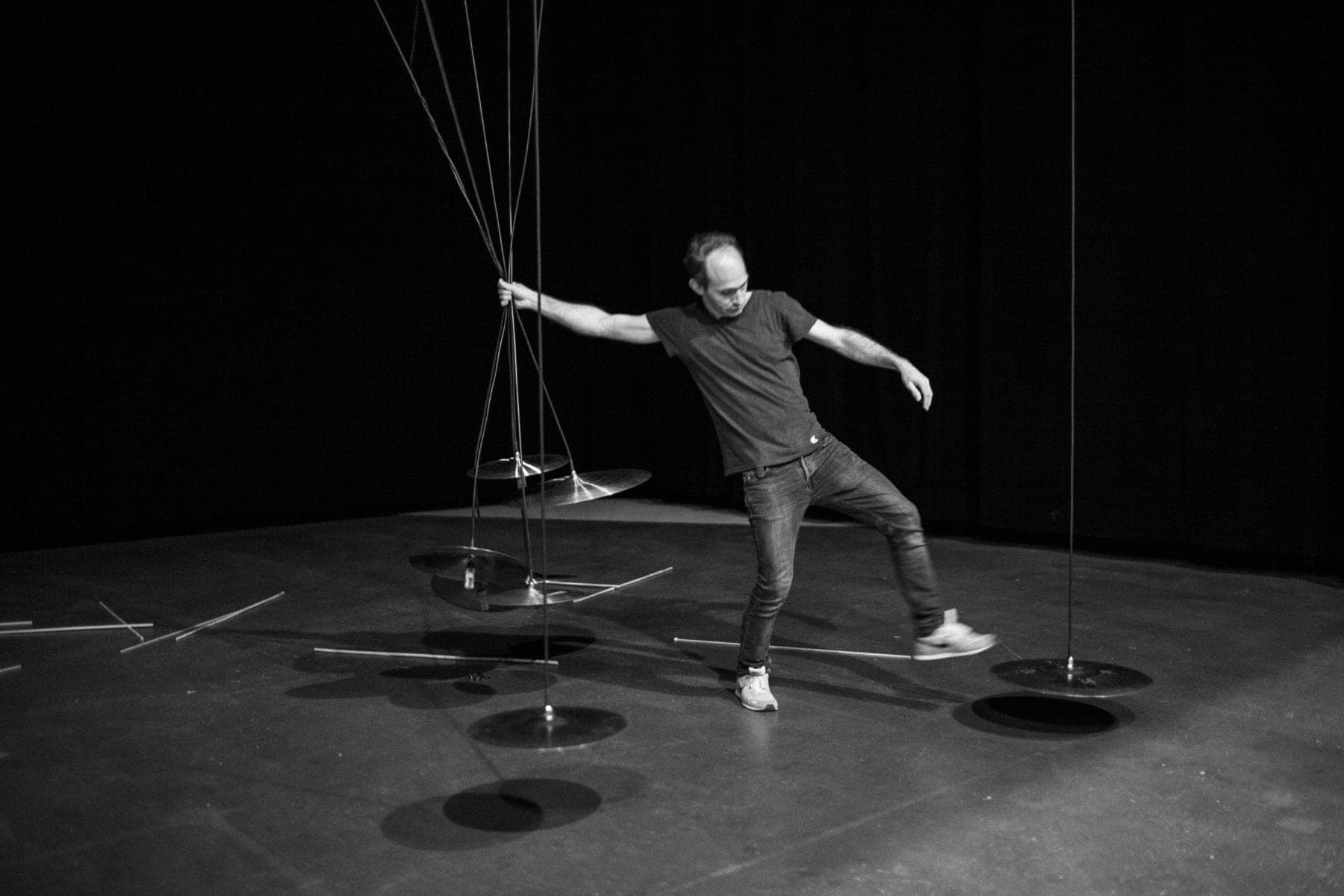